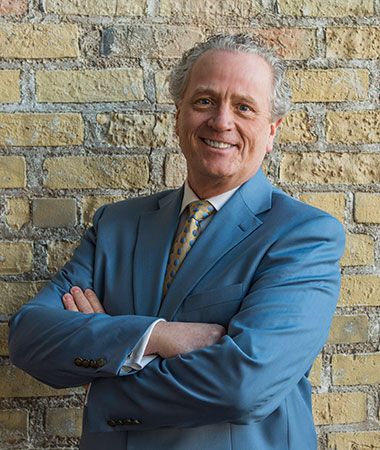 Brian Flakne has been practicing law in Minnesota since 1981. During that time he has concentrated his practice in the areas of family law, criminal defense, and real estate development. Brian has also been involved in complex civil cases, business planning, and general litigation. Dedication to the full range of client needs has been the hallmark of Brian’s nearly forty years as a lawyer.

Brian has tried cases in State and Federal Court. He has argued cases to the Minnesota Court of Appeals and represented clients in front of the Minnesota Supreme Court. Brian has the distinction of having represented the plaintiffs in 3 successful class actions. For many years, Brian was a panel member/investigator on the Ethics Committee for the Fourth District, working to ensure that lawyers in this community observed the highest standards of professional behavior.

Brian is a lifelong resident of the Minneapolis area. He graduated from Shattuck School in 1974, the University of Minnesota in 1978 and the University of Minnesota Law School in 1981. Brian is active in the many state and national legal associations and in various community organizations within the City of Burnsville. He has been involved as an advisor in numerous political campaigns at both the local and state level. He is a past member of Shattuck-St. Mary’s Board of Trustees, past President of Bloomington Fine Arts Council and past member of Minnesota Council for Arts Education. Brian was also the Commissioner of Competitive Soccer for the City of Burnsville for 10 years. From 2010 to 2012, Brian was Co-Chair of the Savage Dome Task Force, a citizen driven initiative, which was instrumental in the building of the Savage Sports Dome Complex at Community Park.  Brian is also active in the Bible Study Fellowship ministry.

Since 1988 Brian has been a proud member of Torske Klubben, the Norwegian fellowship club. Brian’s hobbies include upland game hunting, downhill skiing, gardening, and yoga. Brian is married to Victoria Rico and they recently celebrated their 30th wedding anniversary. They have two children, Kathryn, a 2012 graduate of Augsburg College, currently working in the event planning industry, and Cameron, a 2014 graduate of the University of Minnesota, Duluth.  In 2015, Cameron earned a degree in business management from the University of Pompeu Fabra in Barcelona, Spain.   He is currently working with Brian in the real estate development activities noted above.  Brian and Victoria are members of Hope Presbyterian Church in Richfield, MN. 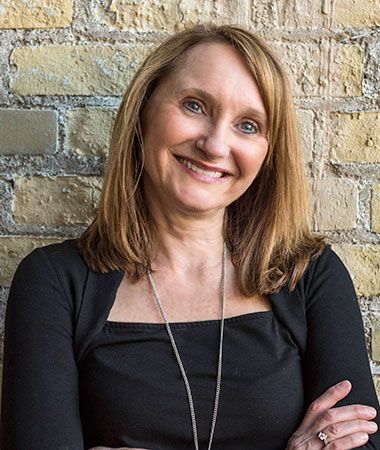 Paralegal Pam Sammond has practiced primarily in the area of family law since 1981. She serves clients in complex marital dissolution and other family law proceedings in a variety of areas including division of property, spousal support, child custody, child support and visitation issues.

Ms. Sammond assists the client and attorney with all aspects of the marital dissolution proceeding. She is involved in legal research, drafting of pleadings and briefs, analysis, development and management, assists with needed discovery, is a link between the attorney, court, experts, and opposing counsel, and, when necessary, helps prepare the case for mediation or trial.

With her 30 plus years of experience, Ms. Sammond is able to help educate the client during an extremely difficult time of their life, always being sensitive to their feelings. As a liaison between attorney and client, she helps facilitate the client’s case in a knowledgeable, cost-efficient manner.

Pam has been active in many volunteer capacities, including facilitating support groups for divorced and separated individuals,  volunteering at Interfaith Outreach and Community Partners and is an active member of Holy Name of Jesus Catholic Church, working with the RCIA program, summer choir and Fall Festival.  Pam is a former marathon runner and her interests include traveling, downhill skiing, golf and water skiing. She has two children.

"Brian Flakne handled my civil litigation in Hennepin County. Brian's courtroom skills are outstanding. I appreciated the time he took to explain all the relevant aspects of the law so that I would not be surprised by the arguments opposing counsel used at trial. By the time we started trial, I was confident that we had a terrific game plan and that we would win. He found a way for me to stand up to a bully and prevail."